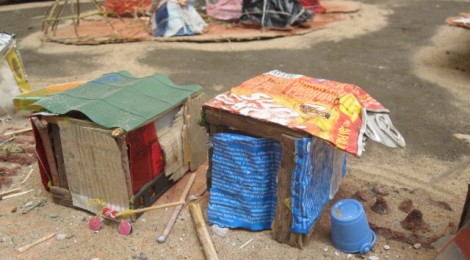 Tiny replicas of specific refugee camps, shanty towns and slums across the world, created with discarded materials found in the street.

Amongst the shelters are evidence of children’ s play, such as handmade toy vehicles, emphasizing that play is a basic human need. The separate ‘islands’ are linked by strips of land suggesting the first journeys taken by humans across the earth. It is an ongoing project celebrating creativity borne out of necessity to survive as well as a criticism of capitalism.

Village has taken on a nomadic existence and I am currently mapping Birmingham from memory based on bus routes out of the city and the points where they meet the inner and outer circulars, where Village will be temporarily installed in the street. As the project becomes more rooted in social engagement I aim to instigate collaborations with others, including working with children as co-creators.

The project was exhibited in 2012 at Counterpoint exhibition, Rochelle School, Shoreditch during the Platforma Festival for Arts and Refugees. Model Village was also exhibited at Counterpoint and in contrast created the counterpoint of dual realities existing simultaneously. 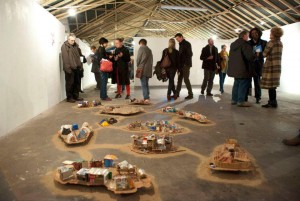 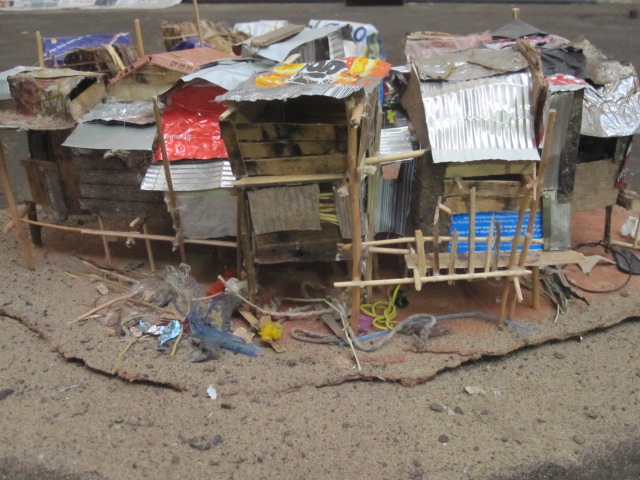 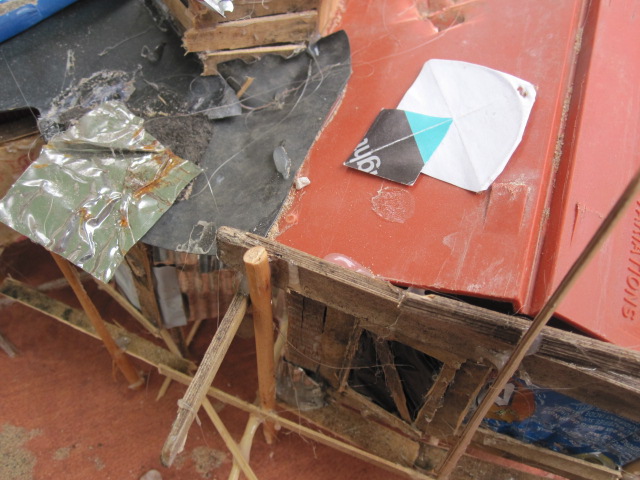 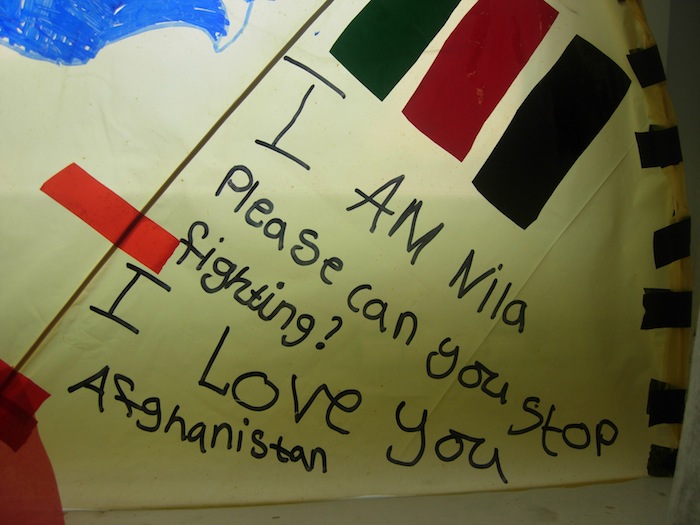 At Coventry Mysteries Festival 2012 I exhibited Village and Hut in the street and had many conversations with passers by, originating from all over the world about capitalism, collecting and childhood. 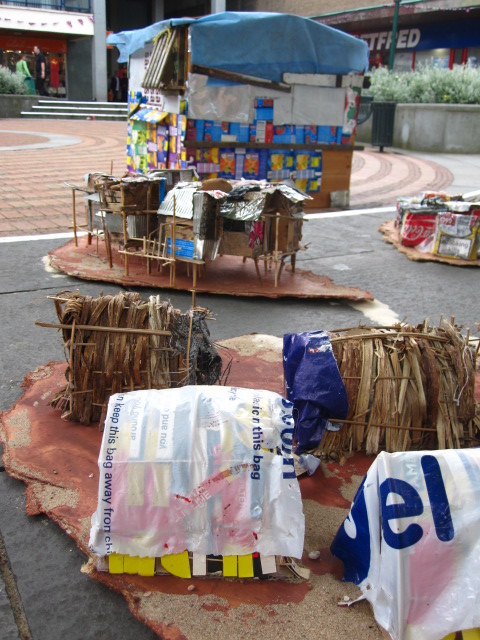